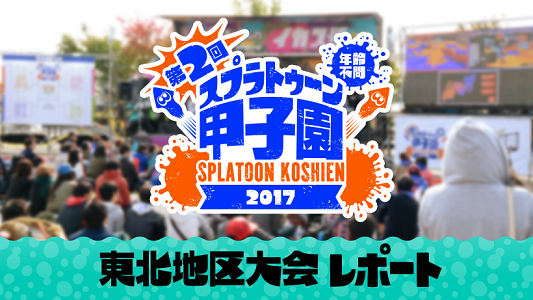 Today’s Daily Briefs (Round 2): pictures and highlights video for the third tournament of the Splatoon Koshien 2017, but also…

Here’s some pictures of the latest Splatoon t-shirt from THE KING OF GAMES, releasing in mid-December in Japan:

Talking of Splatoon, here’s some pictures and the highlights video of the third tournament for the Splatoon Koshien 2017:

The next one will take place on November 5th, and will be for the Kansai region!

For the latest devblog post for Runner3, Choice Provisions simply told fans to can it. Well, not literally of course! They just showed a new asset from the game: a bunch of Schlörtz cans. You probably remember this brand from Runner2, as it was the preferred beverage of Bigfoot. Despite the cans being a “little” rusty, the beverage inside is still as good as ever… probably. Maybe.

Also, it looks Choice Provisions will announce something “spooky” next week, on Monday.

Our Upcoming Releases page has been updated.

Yesterday, Hawken from Dadako (developers of Pirate Pop Plus, released last week in Europe and North America, on both Wii U and Nintendo 3DS… and cross-buy!) held an AMA session on Reddit. You can click here to check it out!

If you own a Japanese Nintendo 3DS, you can now download the demo version for Saiki Kusuo no Psi Nan: Shijou Psi Dai no Psi nan?! releasing on November 10th in Japan. This demo gives you access to the first five missions. In fact, the game itself is available for pre-loading on the Nintendo eShop, if you’re interested. You will need 2 298 blocks / 287.25MB of free space to pre-load it.