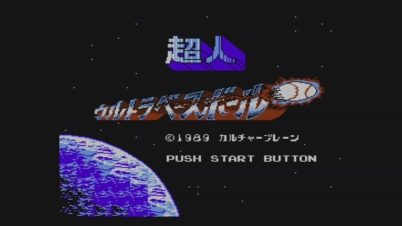 This week, only one new title was added to the Wii U Virtual Console in Japan. Once again, there was no new New Nintendo 3DS Virtual Console titles, and it’s not clear when the next batch will be available (there are still some announced titles not yet released).

Here’s the “line-up” for the Wii U Virtual Console this week, with the screenshots and Play Movies for the only title:

Next week, only one more title will be added to the Wii U Virtual Console service in Japan (instead of two, like most weeks). Once again, there will not be any New Nintendo 3DS Virtual Console titles, and as mentioned above, it’s not clear when new ones will be released…

Here’s some screenshots for that lone title: