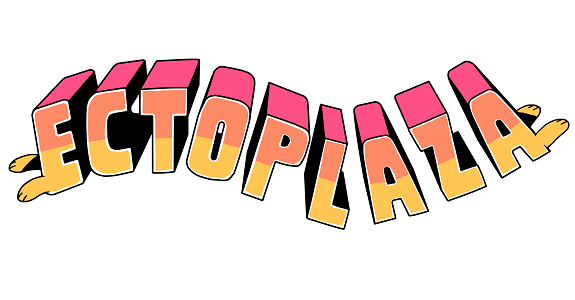 On Wii U, there are quite a few indie games that provide a fantastic experience in local multiplayer, with Runbow being the most famous. And tomorrow, Nintendo’s home console will get a new one: Ectoplaza, developed by Syndicate Atomic.

As the name implies, the game is all about ghosts: you get to play as irritable ghosts wreaking havoc in haunted hotels. They simply cannot escape from there, so there’s literally no reason for them not to try and have as much fun as possible in their not-so-sad afterlife.

Ectoplaza is only playable in local multiplayer (no online), with 2 to 4 players. It will be released tomorrow (October 27th) in North America, and will cost $7.99. The European release should follow “soon” after.

And here’s the release date trailer for Ectoplaza:

If you want to learn more about the game, make sure to check out Nintendo Life’s interview with Michael Effenberger (co-founder of Syndicate Atomic). It covers various topics: he core concept of the game, the strong support they received from Nintendo of America, trying to show footage of the game to Nintendo during IndieCade 2015, and more.

While we were attending PAX Prime 2015 to speak on a panel, I put on my best detective face and searched the show floor for any Nintendo representatives I could find. The goal was to share footage from the latest Ectoplaza build and, at the very least, get some advice on platformers from the house Mario built. However, after repeatedly pestering the poor Mario Maker demo attendant with unsolicited Ectoplaza gameplay footage, things were starting to look grim. On the last day after the team gave their talk, we discovered a twist: the Nindies team were located in the same hotel building as our panel. I quickly introduced myself and showed the footage on my phone, to which they replied in earnest, “This looks great and we should get you on the eShop!” We later met at IndieCade 2015 and worked out the details from there. It was a great (if harrowing) experience, and the moral of the story for the devs out there: always keep footage of your game with you!

Ectoplaza (Wii U eShop) comes out on October 27th in North America, and later down the line in Europe.