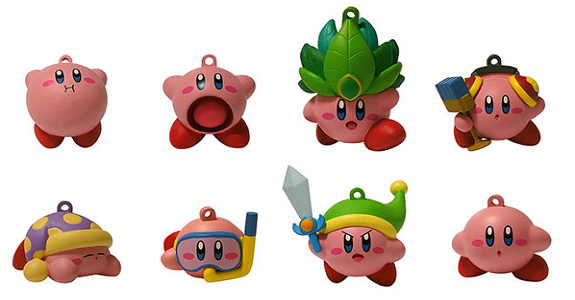 Starting today, you can pre-order some really cute Kirby figures on AmiAmi. To be more precise, it’s a box containing 24 figures (with 12 different models) that’s available for pre-order: it costs 18 400 Yen, and will be released in December.

Here’s some screencaps, courtesy of JoeM86:

Nyoki Nyoki Tabidachi Hen is the new puzzle game from Masamitsu Niitani, creator of the Puyo Puyo franchise. It’s coming to the Nintendo 3DS, via the Nintendo eShop… and earlier than expected! The game was originally supposed to be released on November 24th, but it was announced today that it would now be launched on November 16th.

Our Upcoming Releases page has been updated as a result.

Here’s the latest gameplay clip for Rhythm Paradise Megamix (coming out on October 21st in Europe):

Here’s the standalone upload of the second trailer for Yo-kai Watch: The Movie, which is getting a limited theatrical release in the United States: