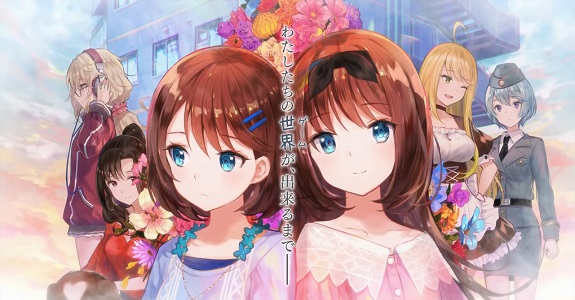 Yesterday, Kogado Studio announced their second game for the Nintendo Switch: Yumeutsutsu Re:Master. It will be released in February in Japan, and it looks like a western release is in the works as the official website does have a button to switch to the English version of it (which isn’t open yet…).

Yumeutsutsu Re:Master (Switch) comes out in February in Japan. The Upcoming Games page has been udpated!

Earlier this week, Take-Two sent a press release to share some details about the content available in NBA 2K Playgrounds 2, which is as follows:

NBA 2K Playgrounds 2 will be released on October 16th in Europe and North America, and will cost $29.99.

Here’s some more screenshots for Warriors Orochi 4, courtesy of 4Gamer:

Here’s the latest set of screenshots for Dragon Ball FighterZ:

Dragon Ball FighterZ (Switch) comes out on September 27th in Japan, and September 28th in Europe and North America.

Earlier this week, Acttil and PM Studios announced that Deemo will get a retail release in North America, in Early 2019. Here’s the boxart:

Deemo (Switch) comes out at retail in Early 2019 in North America. The Upcoming Games page has been updated!

And another milestone for Rocket League! Earlier this week, Psyonix announced that the game has reached 50 million players worldwide… here’s to 100 millions, now!

Here’s some screenshots for the latest DLC for WorldNeverland – Elnea Kingdom:

WorldNeverland – Elnea Kingdom (Switch) comes out at retail on October 25th in Japan.

Watch the Stun Gun Hero "Chargebolt" as he channels his energy in a battle against Todoroki!

Team up with your favorite heroes in #MyHeroOnesJustice and pre-order your copy today: https://t.co/QncT9Wi8sz pic.twitter.com/AQwY0XwwI8