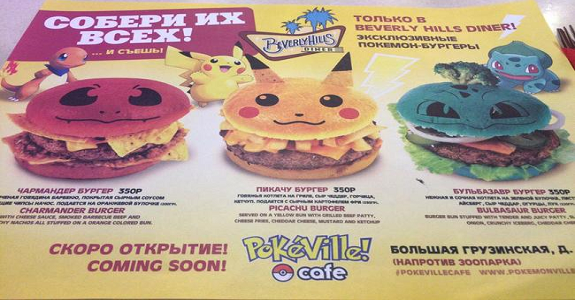 On Tuesday, Atlus USA uploaded the launch trailer for Shin Megami Tensei IV Apocalypse, which comes out on September 20th in North America:

In Russia, Beverly Hills Diner started selling some unofficial Pokémon burgers. While they do look pretty neat on the promotional pictures, the end result certainly leaves to be desired… There’s always a significant difference between promotional pictures of food and the actual thing, but those PokéBurgers really are something else!

Here’s some pictures, courtesy of WiiU.Pro:

Today, Circle Ent. asked players if they would be interested in a retail collection of some of the Nintendo 3DS games they published. They don’t give any title in particular, so it’s definitely not something that will happen overnight, but if such a collection sounds appealing to you, make sure to let them know!

Games that have been cancelled or quietly swept under the rug are pretty common. Naturally, Electronic Arts has a fair share of them, including one that would have been a Pokémon competitor on handhelds. Nic Watt (founder of Nnooo, the Australian studio behind escapeVektor or the localisation of The Legend of Kusakari) talked about it in a recent episode of the GameHugs podcast.

Here’s what he said about this project:

Working with EA was a completely different experience [to working with a small studio] as we had the longest prototyping period I’ve had for any game I’ve worked on: it was amazing. EA wanted this game where the idea and it was going to be their Pokémon game. They didn’t have an RPG in the handheld space and they really wanted one.

He also talk about how they got developers from Criterion to work on the game, and more. Click here for more details!

Here’s a short promo video for the Just Dance 2016 demo, now available from the Nintendo eShop of the Wii U in Europe (full game launches on October 27th in Europe and North America):