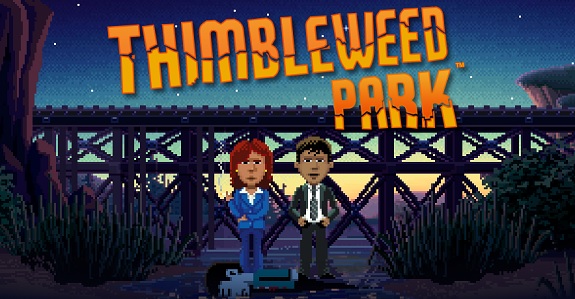 Last month, we learned that Thimbleweed Park should be released on Nintendo Switch in September, if everything went well… and it looks like everything did go well, as the game is releasing next week in Europe and North America!

Thimbleweed Park will be released on September 21st, and will cost $19.99 / 19.99€ and local equivalent. The Upcoming Games page has been updated with this new date!

Here’s the latest screenshot for Metroid: Samus Returns, that shows the Ice Beam. As the name implies, it allows you to use ice beams to freeze enemies, which can then be used as platforms.

If you use the new ‘Loaf’ outfit when #WormsWMD comes to #NintendoSwitch take extra care to make sure your Worms don’t get toasted. pic.twitter.com/quJH3y9wSx

Worms W.M.D. (Switch) comes out before the end of the year in Europe and North America.

Here’s the trailer for Wave 9 of LEGO Dimensions figures, releasing this week in Europe and North America:

Here’s some screenshots and the North American boxart for Ben 10 on Nintendo Switch:

Ben 10 (Switch) comes out on November 10th in Europe and November 14th in North America. Also, it’s been announced that a new Adventure Tiem game would be released in Early 2018, but no details has been revealed…

Here’s a picture for the latest batch of Monster Hunter t-shirts in Japan: