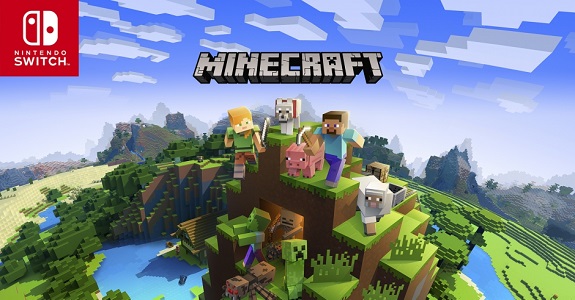 Ion Maiden is a retro first-person shooter developed in the Build engine: the same one that powered classics such as Duke Nukem 3D, Blood, and Shadow Warrior. It’s a prequel to Bombshell, which sees Shelly having to take down transhumanist mastermind Dr. Jadus Heskel. It will be released in Q2 2019 in Europe and North America, at retail and on the Nintendo eShop. It’s playable in the following languages: English, French, Italian, German, Spanish and Russian.

Here’s a trailer for Ion Maiden:

Ion Maiden (Switch) comes out in Q1 2019 in Europe and North America. The Upcoming Games page has been updated!

This week, the latest Skin Pack for Minecraft is releasing on the Minecraft Marketplace: the From the Shadows pack. It includes various Halloween-related skins!

The trailer showcases some of the features added to the game via the American Wilds expansion:

Yesterday, Microids announced that two of their upcoming games on Nintendo Switch were delayed:

Here’s the latest screenshots for Yomawari: The Long Night Collection:

Yomawari: The Long Night Collection (Switch) comes out on October 25th in Japan, October 26th in Europe, and October 30th in North America.