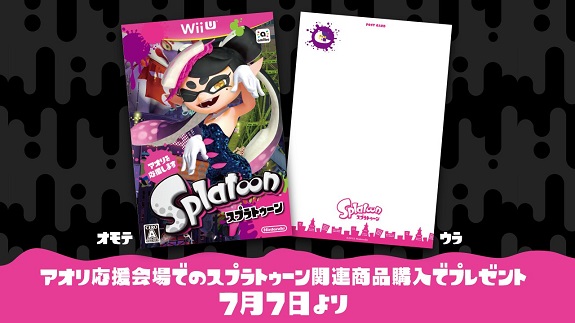 Last week, we learned that Digger Dan DX had to be removed from the Nintendo eShop following a takedown notice from First Star Software. But it looks like this whole affair will have a pretty good ending, after all.

In a statement sent to Nintendo Life, the developer of Digger Dan DX explained that they received an immediate response from First Star Software, and that they’ve already come to an agreement. While we’re not given any details regarding the agreement, we do have the confirmation that the game will be back on the Nintendo eShop in the future. However, it might take several months due to the need to re-submit the game to Nintendo.

Heads up for fans living in Europe/Germany: the latest wave of amiibo from the Mario series of amiibo is now available for pre-order on Amazon.de!

Thanks info amiibo for the heads up.

In Japan, some stores are currently promoting the last Splatfest (taking place later this month worldwide): some of them are supporting Marie, while others want to see Callie win. They put up special promotional material in their stores, and some are even displaying music videos of each character. And from July 7th (Thursday), players will be able to get their hands on exclusive postcards by visiting specific stores.

Here’s pictures of the promotional material and the postcards:

Here’s a trailer and a Making-of video for Candle, which is coming to Wii U:

Today, AkiraHimekawa (the mangaka duo behind the official The Legend of Zelda manga) announced that they would be at the AnimeExpo 2017, next year. And this year, they will be at the German Comic-Con!