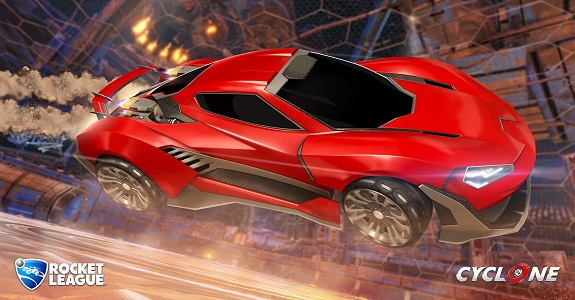 Today’s Daily Briefs (Round 3): details and pictures for the next update for Rocket League, but also…

Earlier this week, Psyonix shared some details about the next update for Rocket League, called “Zephyr update”. It will bring a new type of crate: the Zephyr Create, that contains the new Cyclone Battle Car (based on the Breakout hitbox), that comes with unique Engine Audio and Common Decals.

Of course, what would be an update without its fair share of bug fixes?  This one will cover the Twinzer’s painted appearance, crashes/freezes when loading into Competitive Matches, adjustments to the Hammerhear Decal for Mantis, and more. As usual, the patch notes will be shared on the same day the update is released (and will be added to this page).

As for the Rocket Pass and the new progression system, they will be included in an update to be released before the end of August.

Here’s the recording of the panel dedicated to the localisation of Labyrinth of Refrain: Coven of Dusk, held at the Anime Expo 2018 earlier this month:

Earlier this week, Limited Run Games announced that their 3rd release on Nintendo Switch would be Oxenfree. Pre-orders go live on August 3rd, and will remain open for two weeks (so until August 17th).

Go Vacation (Switch) comes out later this year in Japan.

Earlier this week, Cube Creator X received a major update, that brings the game to Ver. 2.0.0. It adds online multiplayer support for Creative Mode, adds more cube types, provides various bug fixes and improvements, and more. You can find the patch notes on this page! Also, a demo version was released!

Here’s a trailer and some screenshots for the update:

Here’s some pictures of an acryllic screen cover for the Nintendo Switch, from CyberGadget, releasing on August 3rd in Japan:

Here’s the latest episode of the Weekly Inazuma Walker webshow:

Inazuma Eleven Ares (Switch) comes out this Fall in Japan.

Here’s the latest set of pictures for Mega Man 11:

Here’s the latest set of pictures for Okami HD:

Here’s yet another trailer for Mega Man X Legacy Collection:

Finally, here’s several videos for the game, from Capcom: