On this page, you will find all there is to know about the various updates for Rocket League on Nintendo Switch (originally released on the Nintendo eShop on November 14th 2017 in Japan, Europe, and North America).

For a complete list of known issues in Rocket League, go here

NOTE: The new Tournaments system will be live with this release, but only a limited number of test Tournaments will be scheduled until we transition Rocket League to free to play.

Based on player feedback, we are making some improvements to Bump and Demolition detection. It is important to note that even with these fixes, Bumps and Demos will never be perfect in online play due to latency. However, after testing these changes with a variety of prominent community members & esports players, we feel this is a positive change that will reduce inconsistencies.

The rules to trigger a Demolition are now as follows: 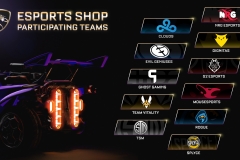 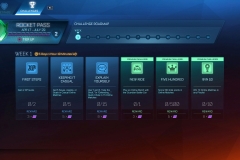 How to download Software updates for Rocket League on Nintendo Switch?

To download updates for Rocket League on Nintendo Switch, you have three options: