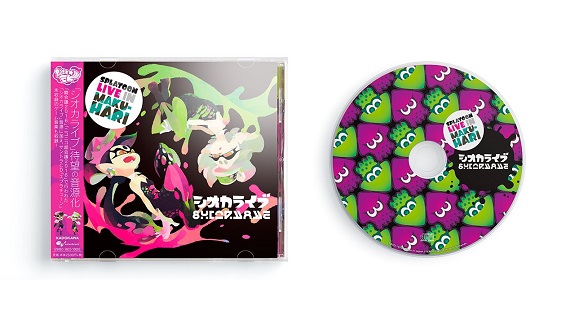 Here’s some pictures of the Splatoon Live in Makuhari album, which was released today in Japan:

Next month, a Kirby Café will open in Japan. We still don’t know much about it, but earlier today, the official Twitter account tweeted the following pic:

Remember the colouring pages for Mario and friends that Nintendo released via the Nintendo Kids Space in Japan? Today, uploaded some more of them, but for Yo-kai Watch this time around. As usual, you can right click > save the pdf with the colouring pages thanks to those links:

Today, two new characters and cast members for the Digimon Universe: Appli Monsters anime were revealed. They are:

GUNNAr is a sidescrolling Action-RPG for the Nintendo DS. Never played it? It would be pretty surprising if you had, since it was cancelled! Unseen64 wrote about this game on their website: click here to check out the entry for this mysterious game, that we barely know anything about.