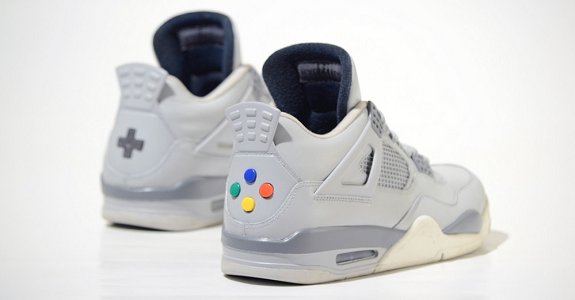 Want the River City: Tokyo Rumble game + keychain bundle, but didn’t / couldnt’t grab when it was available? Here’s some good news: yesterday, Natsume announced that there would be a third restock, coming pretty soon to Amazon.com. Just like the first two, this third shipment will be limited, so if you want to secure a copy, make sure to follow Natsume on social media (see source link for all relevant links).

Earlier this year, Nintendo and Vans launched a special collection of Nintendo-themed shoes, but nothing for fans of the SNES. A fan decided to rectify this, and made his own pair of SNES sneakers. You can check out some pictures below, but before that, a confirmation: yes, the buttons are clickable, and yes, the sneakers are made with actual SNES controllers!

Interested in The Amazing Spiderman games on Wii U and Nintendo 3DS? Unfortunately, all of them have been delisted on the Nintendo eShop, and cannot be bought from there anymore (you can still re-download them if you have already bought them). Your only option now is to track down a physical copy at retail!

The Legend of Zelda: Ocarina of Time – Project 3Q

Here’s the January 2017 Showcase for Project 3Q, a romhack of The Legend of Zelda: Ocarina of Time: