Today’s Daily Briefs: trailer for Our World Is Ended, but also…

Here’s a trailer for Our World Is Ended:

Our World Is Ended (Switch) comes out on February 28th in Japan, and this year in Europe and North America.

The Liar Princess and the Blind Prince

Here’s a screenshots and some details for ghost-like enemies in The Liar Princess and the Blind Prince: 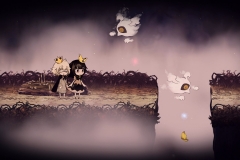 These ghostly creatures inhabit foggy areas of the forest and will stalk you tirelessly…as long as they are not being watched. Is there more to them than meets the eye?

The Liar Princess and the Blind Prince (Switch) comes out on February 12th in Europe, and February 16th in North America. 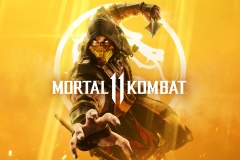 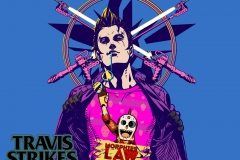 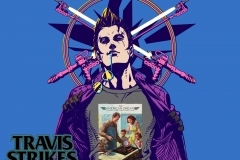 Team Sonic Racing (Switch) comes out on May 21st in Europe and North America, and this Spring in Japan.

Earlier this week, PQube announced that the Nintendo Swith version of Song of Memories was cancelled, due to “development issues”. Basically, the development team simply wasn’t able to get the game running properly on the console. And it’s not just an issue with the localised build: it’s the game itself that could not run, which is why the Japanese release has also been cancelled.