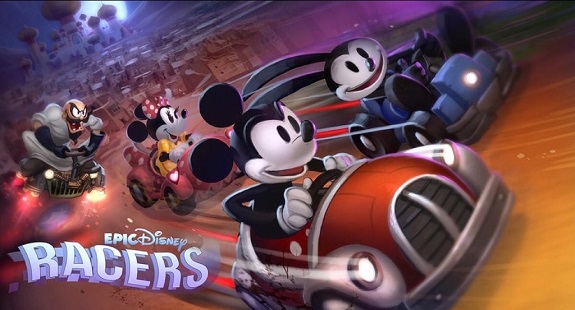 Today’s Daily Briefs: some concept-art for an intriguing (but cancelled) Epic Disney Racers game, but also…

A few days ago, some concept-art for Epic Donald (a cancelled game from the Epic Mickey series) surfaced on the internet. But it looks like Disney was working on more than just one game, as some more concept-art surfaced recently… this time for Epic Disney Racers. As the name implies, it would have been a racing game taking place in the Disney universe.

Here’s some pieces of concept-art:

You can find more details about the game over at the Epic Mickey Wiki!

Last week, Hisashi Nogami (Producer) appeared on stage during the finale of the Splatoon ESL Splatdown at gamescom 2016. Here’s a recording of the interview that was held during the finale:

The full interview with @NintendoUK's Hisashi Nogami at the #Splatoon Showdown!
More on https://t.co/XyiifaGAq8! pic.twitter.com/cArfOm9EES

If you live in Europe, you can now pre-order SEGA 3D Classics Collection from Amazon.de [NB: affiliate link]. Unfortunately, you will have to deal with fantastic yellow USK logo on the boxart…