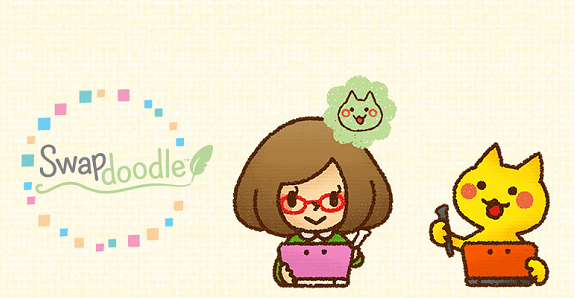 Here’s some screenshots, courtesy of JoeM86:

This week, Nintendo released some additional lessons packs for Swappdoodle:

In case you missed them earlier today, here’s the screenshots Nintendo shared for those DLC packs:

And here’s a video for the app (entirely in Japanese):

Story of Seasons: Trio of Towns comes out in less than a week in North America, on February 28th. If you want to see more of the game, then make sure not to miss XSEED’s livestream on Twitch, on Friday:

Story of Seasons: Trio of Towns (3DS) comes out on February 28th in North America.

Earlier today, Nintendo confirmed that the Pokémon Sun and Moon Lounge (to be held on February 26th from 1PM to 3PM) will only be open to people with a wristband. Nintendo will start distributing 150 of those from 9AM on January 26th.

Want to attend our #PokemonSunMoon gaming lounge on 2/26? If so, 150 tickets & wristbands will be distributed @ 9AM on 2/26 @ #NintendoNYC. pic.twitter.com/8wWlzPvQbQ

Oh, and did you miss the news about Pokémon Bank and Poké Transporter being updated? If yes, don’t worry, Nintendo got you covered with a reminder video:

Here’s the latest Tool Assisted Speedrun video for Nintendo platforms, which is for… Paper Mario: The Thousand Year Door (on GameCube), finished in 2:16:52.63!