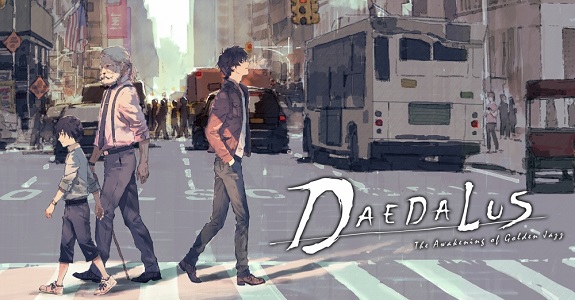 While it’s not apparent in the title itself, Daedalus: The Awakening of Golden Jazz is actually part of the Jake Hunter series. It’s basically a prequel to the series itself, and sees Jake Hunter move to New York before joining the Tokyo Metropolitan Police… a setting that doesn’t really work for players who played the English version of Jake Hunter Detective Story: Memories of the Past and Jake Hunter Detective Story: Ghost of the Dusk, since Aksys Games decided to set the game in the fictional city of Aspicio.

Daedalus: The Awakening of Golden Jazz was released a few days ago in Japan (on December 13th), and so far, no European or North American release has been announced. But the good news is that such a release is seemingly in the works! As spotted by Ash, the credits of the game feature an “English localization” section, listing a Sales Manager, Project Managers, Translators, and a Debug Leader for a yet unannounced English version. 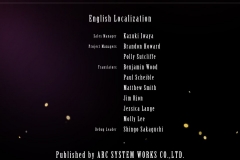 The interesting thing is that the Japanese version of Daedalus: The Awakening of Golden Jazz does not feature an English language option (most likely because it’s not done yet), so the presence of that “English localization” section is certainly intriguing. It seemingly confirms that an English version of the game is currently in the works, though it’s not clear if it’s done by Aksys Games (like the Nintendo DS and Nintendo 3DS entries that were localised).

Also, it’s not clear if Jake Hunter: Prism of Eyes, released on Nintendo Switch several months before Daedalus: The Awakening of Golden Jazz (in August) will also be localised.

Thanks Ash for the heads up!