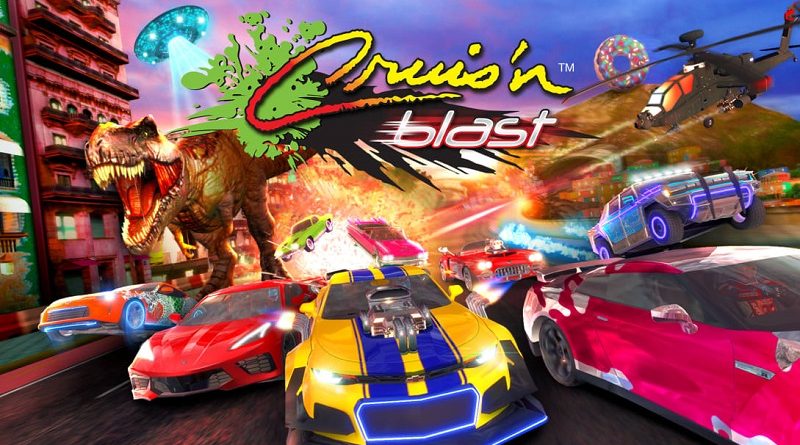 Raw Thrills have shared a brand new trailer for Cruis’n Blast, showcasing some of the vehicles you will be able to drive in the game. There’s over of 20, and they’re not all cars: they’re also bikes, tanks, buses… but also dinosaurs and even sharks! You can also customize them at will, and make use of “supercharged” upgraded.

The new video gives a preview of the out-of-this-world rides players will discover when the game launches next month. With over 20 upgradeable vehicles, from licensed supercars to sharks and unicorns, there’s something for everyone!

As the fourth installment in the legendary arcade racing series, Cruis’n Blast features four-player local network and split-screen multiplayer, 29 over-the-top tracks, and marks the first Cruis’n console release in over a decade. 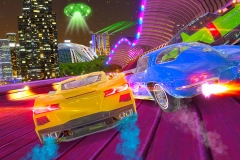 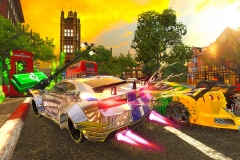 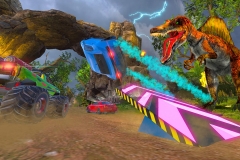 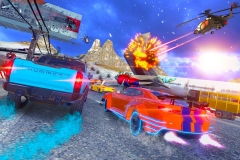 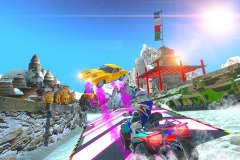 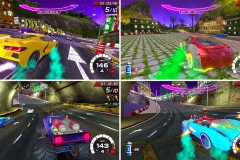 Finally, it’s been announced that the game is getting a Japanese release, on the same day as Europe and North America. This version does offer an English language option, but it will be available exclusively via the Nintendo eShop.