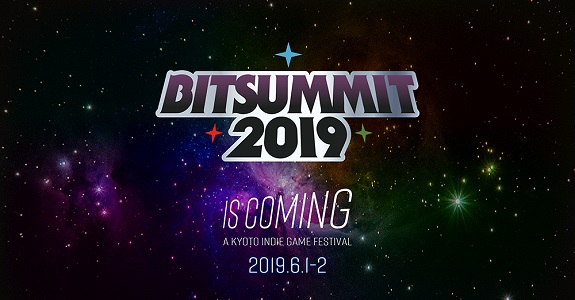 BitSummit is the largest indie game festival, and it’s growing larger and larger every year. This year’s edition was particularly successful, with over 10 000 attendees, making it the second largest annual gaming event in Japan. Naturally, Japan Independent Games Aggregate (the BitSummit organizing committee) is already at work on the 2019 edition, which will be called BitSummit 7 Spirits.

Here’s what the theme of this year’s edition of the show is:

As is by now tradition, BitSummit’s annual theme celebrates a distinct facet of Japanese pop culture, and this year’s event mascots take the form of seven “lucky” samurai spirits, as an homage to Japan’s samurai culture made famous throughout the millennia in book, movie, television, and video game form. The “7 Spirits” of BitSummit are distinguished by a single flame appearing above each character’s kabuto (helmets). The reveal of BitSummit’s 7 Spirits will debut in the near future.

BitSummit 7 Spirits will take place on June 1st and June 2nd, at the Miyako Messe in Kyoto (where the previous 3 editions were held), and will be open to the public from 10AM to 5PM. Submissions are already open for developers looking to exhibit their games at the show: you can find more details about that on the official website! Submissions are open until January 7th.

JIGA expects BitSummit to keep growing with BitSummit 7 Spirits, with over 100 games developers from Japan and overseas, and over 15 000 visitors.