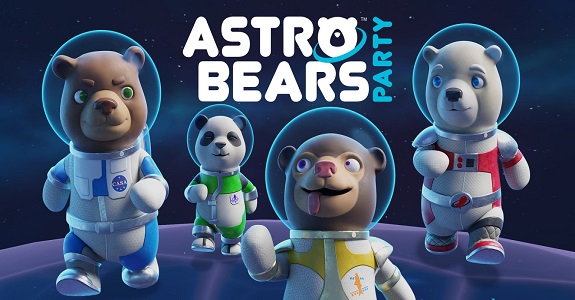 With such a unique title, you’re probably wondering what kind of game Astro Bears Party is. It’s actually a competitive party game, where you get to control your own Astro Bear. As you run, you leave a trail behind you (called Magical Beary Ribbons), and your goal is to make the other players run into that trail. To win, you need to be the last bear standing… simple as that! You can choose between four Bears, who all have their own playstyle.

Next, here’s a trailer:

And finally, here’s a few screenshots:

Astro Bears Party (Switch – eShop) comes out on August 31st in Europe. The Upcoming Games page has already been updated!