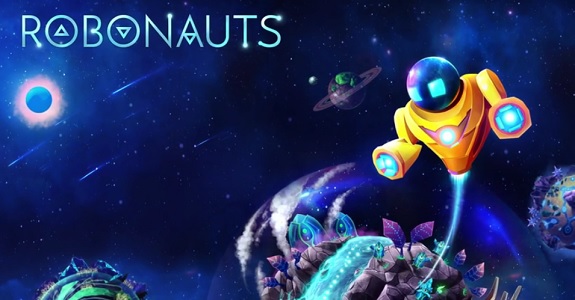 It seems like there isn’t a day when we don’t learn about yet another indie game coming to the Nintendo Switch, and today is certainly no exception. The latest one is Robonauts, from QbicGames, which is listed on the European Nintendo eShop (without a release date, unfortunately).

In this Arcade-style game, you get to explore the universe, and fight against a terrible enemy… a corporation! You go on an adventure together with Robo, in order to save people from exploitation.

Robonauts takes the classic shooting gameplay of arcade games, and combines it with the possiblity of reversing gravity. Here’s the main features:

Here’s a trailer that should help you understand what kind of game you’re dealing with:

If you’re interested, you can try out the demo for the game, which is available from the official website. Naturally, the demo is only playable on PC, and we don’t know if one will ever be released on Nintendo Switch.

Robonauts (Switch – eShop) does not have a release date yet, but it’s been added to the Upcoming Games page!