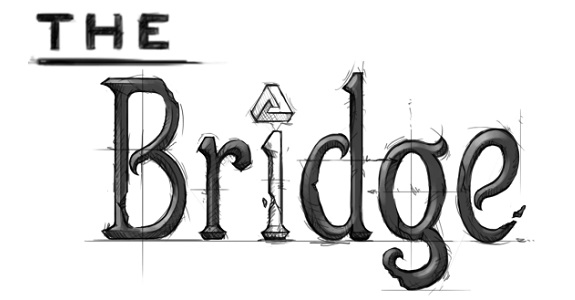 For those who never heard of the game before, The Bridge is a 2D logic puzzle game featuring a beautifully hand-drawn art in the style of a black-and-white lithograph, that forces you to reevaluate your preconceptions of physicals and persepctive. In this game, what you think is the ceiling may become the floor, and vice-versa.

You get to explore various worlds, filled with impossible architectures, and increasing difficulty. The developers designed this game to “leave the player with a pronounced sense of intellectual accomplishment”.

It was also designed to be pretty accessible, yet intellectually stimulating, with minimalistic control scheme allowing you to focus on the puzzles without any distractions. The various challenges found in each levels are built on concepts learned throughout the game.

Finally, here’s a trailer and some screenshots for the game (not based on Nintendo Switch version, though):

The Bridge (Switch – eShop) will be released on September 7th in Europe. The Upcoming Games page has been updated!