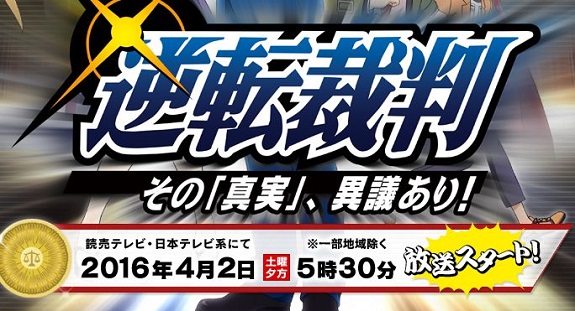 On Saturday, the 17th episode of the Ace Attorney anime series (Gyakuten Saiban: Sono “Shinjitsu” Igiari! ) aired in Japan. Called Reunion, and Turnabout – Final Trial, it’s now available on Crunchyroll. As usual, Yomiuri TV uploaded the preview for the next episode on YouTube shortly after. Titled “Turnabout Big Top — First Trial”, it will air next Saturday, on August 6th (at the usual time: 5.30PM JST).

In the previous episode, Phoenix Wright finally managed to find out the truth behind the murder in the channeling chamber, and cleared May Fey’s name. But as usual, it doesn’t take very long for another case to pop up. This one promises to be quite colourful and eventful, as it takes place at a circus.

Yes, we’re finally getting to Turnabout Big Top, the infamous third case from Phoenix Wright: Ace Attorney – Justice for All! Since there is a maximum of 8 episodes left for what is most likely just the first season of the Ace Attorney anime, we can expect this particular case to be shorter than the other ones (the big finale should be getting more episodes).

Finally, according to Video Research, the 16th episode of the Ace Attorney anime series was the 6th most popular anime episode during its airing week, with an average household rating of 3.1 (a drop that impacted pretty much all other anime series, not just this one).