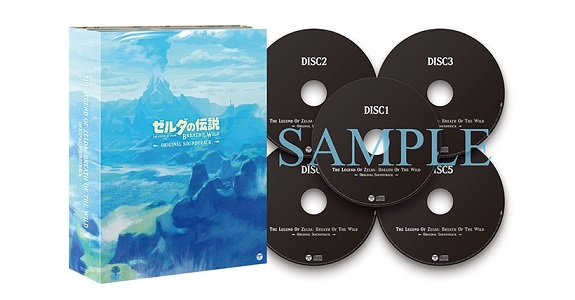 Nintendo Sales Switch Wii U
4 May 20184 May 2018 Lite_Agent 0 Comments The Legend of Zelda: Breath of the Wild

In Japan, The Legend of Zelda: Breath of the Wild is well on its way to become the best-selling Zelda game of all time (though it’s really not quite there yet!). It’s been selling steadily since launch, and is still hanging around in the Top 10 more than a year later… pretty unusual for the series. And it looks like even the soundtrack album is enjoying great popularity!

The Legend of Zelda: Breath of the Wild soundtrack album was released on April 25th in Japan, and it’s off to a great start. On Wednesday, Oricon shared the usual weekly album charts for Japan, and revealed that the album sold no less than 23 328 units during the first 5 days.

It was also the 4th best-selling album during that week: a great performance for a video game music album, especially as the album ranked #3, PIECE (by MONSTA X), only sold 635 units more!