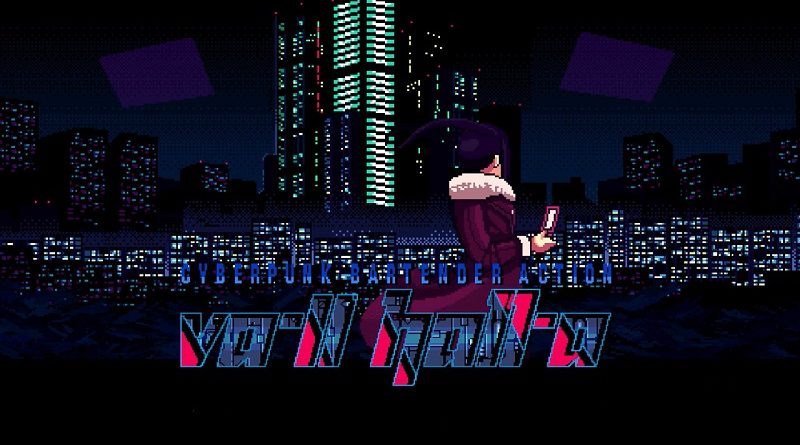 Ysbryd Games and Sukeban Games have announced that VA-11 Hall-A, the “booze em’up about waifus, technology, and post-dystopia life” is headed to Europe and North America early next month, on May 2nd to be precise.

It was previously announced for May 30th in Japan, where it will be released on the Nintendo eShop and at retail. In Europe and North America, the game will be available exclusively via the Nintendo eShop, though there will also be a limited physical release via Limited Run Games. The Nintendo Switch version specifically is getting a Collector’s Edition boxart. Both details on the regular and Collector’s Edition will be shared at a later date.

On the Nintendo eShop, VA-11 HALL-A will cost 14.99€ / $14.99, and will be playable in English and Japanese. Additional languages will be added at a later date.

In a cyberpunk future, capitalist forces drive the corrupt government of Glitch City, a place known for both rapid advancements in technology and a disregard for the ethical quandaries of nanomachine experiments on the general public. Enter VA-11 HALL-A: a hole-in-the-wall dive bar providing solace for lonely souls facing the brutality of daily dystopia.

Bartender Jill listens to everyone’s tales while mixing drinks for strangers and regulars alike. Engage in lively conversations with a humanoid robot popstar, the editor-in-chief of a prominent magazine, a boy-crazy hacker and others to unveil the society of Glitch City as seen through the eyes of its citizens. Jill pours libations, but her patrons pour out their souls.

VA-11 HALL-A puts a shaken-not-stirred spin on point-and-click games with mixology: characters react differently depending on the drinks served and how much alcohol they’ve had. Learn more about Glitch City through the lens of a resident doing her best to maintain a somewhat ordinary life in an extraordinary metropolis.
Enhance the atmosphere of this futuristic experience by curating different electronic playlists on the jukebox to listen throughout the night. Infectious synthpop, ambient electronic music and a dark pixelated anime art style frame the gloomy but laid back experience.

VA-11 Hall-A (Switch) comes out on May 2nd in Europe and North America, and May 30th in Japan. The Upcoming Games page has been updated!