Yesterday, during the latest Famitsu livestream, some details about the 2nd DLC for Travis Strikes Again: No More Heroes were shared.

Here’s the recording of the livestream, for those of you who missed it:

As mentioned previously, it’s called Bubblegum Fatale, and it comes out on April 18th worldwide. It will feature Badgirl as playable character, with an extremely challenging level (Killer Marathon) with checkpoints to cross within the time limit, traps to overcome, and more.

Also, a new adventure part featuring Travis for the Adventure Mode will be added, and it will apparently pave the way for the future of the No More Heroes series. Of course, the DLC will bring some fresh music tracks to the game.

By the way, a certain “Henry” will appear in this DLC, something fans of the series will definitely appreciate!

But that’s not all: the Software update releasing alongside the DLC will also bring some new special t-shirts:

Also, Travis Strikes Again: No More Heroes is getting a special collaboration with Dragon’s Dogma: Dark Arisen, with a special t-shirt based on that game: 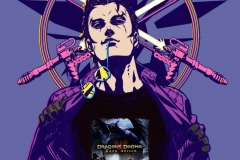 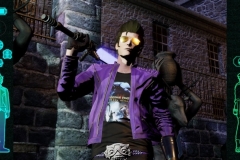 And funnily enough, Dragon’s Dogma: Dark Arisen on Nintendo Switch is also getting something from Travis Strikes Again: No More Heroes. To be more precise, Travis himself will appear in the game as a Pawn, though without his iconic sunglasses. He will be available as official Pawn from April 25th to July 8th. 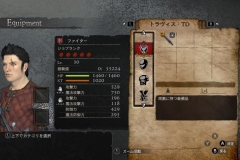 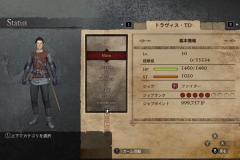 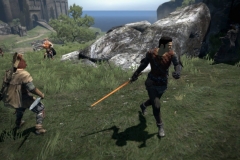 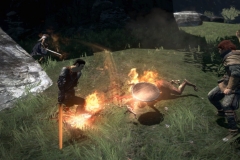 Speaking of Dragon’s Dogma: Dark Arisen, here’s the latest video for it, introducing the Fighter vocation:

Dragon’s Dogma: Dark Arisen (Switch) comes out on April 25th in Japan, and April 26th in Europe and North America.