Square-Enix’s E3 2019 press conference had a couple of neat surprises for fans of the SaGa series: both Romancing SaGa 3 and SaGa Scarlet Grace: Ambitions are headed to Europe and North America “soon” (of course, they will also be released in Japan).

Here’s the trailer for both games:

And here’s details about each game:

The Rise of Morastrum–an event where the dark star blocks out the sun–threatens the very existence of our world. All born in that year are doomed to perish before its end. However, during the first Rise of Morastrum 600 years ago, a sole child did survive. He came to be known as the Archfiend, leading the world to ruins. Another 300 years passed, and again a child defied fate. She came to be known as the Matriarch, defeating the evil and bringing peace back to the world. Now, 300 years later, the Rise of Morastrum strikes again, and the fate of the world hangs in the balance. Will there be another child of destiny? Will the child be righteous, evil, or another force that the world cannot fathom?

The classic 1995 RPG finally comes west in a remastered version! Your choices matter—from your choice of hero, to branching story paths, to recruiting party members, to which skills you’ll develop. Every game, a new adventure!

The Firebringer, a fallen god and bane of humanity, has wrought havoc on the world since his exile. Mankind constructed an Empire with a singular purpose: engage the Firebringer and his fiends in battle to defend humanity. After a millennium of fighting, the Firebringer has finally been defeated, and the Empire is left without purpose, spurring rebellion. With the fate of the world uncertain, follow the journey of four unique heroes as they call on their might and set out to carve a new future.

Square-Enix have announced that Oninaki will be released on August 22nd in Europe and North America, which is the same day as Japan. They also revealed a brand new trailer for the game:

Oninaki (Switch) comes out on August 22nd worldwide. The Upcoming Games page has been updated!

And that very game was announced for the usual platforms (including the Nintendo Switch) during Square-Enix’s press conference at E3 2019. It will be released later this year worldwide.

During its E3 2019 press conference, Square-Enix announced that the demo version for Dragon Quest Builders 2 will be released on June 27th in Europe and North America.

Interested in (re-)discovering The Last Remnant Remastered? If yes, you can now do so on your Nintendo Switch! The game is now available worldwide, exclusively via the Nintendo eShop.

The Last Remnant captured the hearts and minds of gamers with its enthralling story, countless characters and intricate battle system. Join Rush and his unlikely band of friends as they discover the Remnants and find a way to rescue his sister, Irina. It’s a timeless cult classic story available for the first time on Nintendo Switch.

And here’s the latest Inside… featurette, which is about The Last Remnant:

Inside THE LAST REMNANT Remastered takes a look at some of the secrets and anecdotes from the development of the game, featuring interviews with Akitoshi Kawazu (Executive Producer/Writer), Yusuke Naora (Art Director) and Hiroshi Takai (Director)

During their E3 2019 press conference, Square-Enix announced another game as part of their Square-Enix Collective initiative: Circuit Superstars. It’s an arcade racing game, but with a more realistic driving model than you would expect for this kind of game. It will be released next year, in Europe and North America.

Circuit Superstars combines arcade-style racing with a more realistic driving model that enables new players to jump in and race, but sets a high skill ceiling for serious players looking to set the fastest laps possible. It will feature a range of on- and off-road racing categories – from rally, GT, classic cars and even trucks – all in a unique and gorgeous visual style. 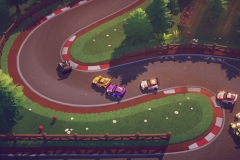 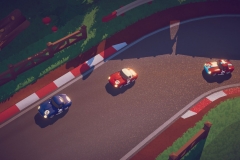 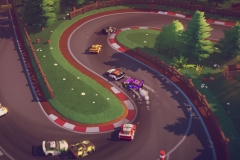 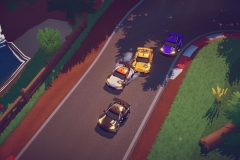 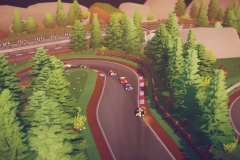 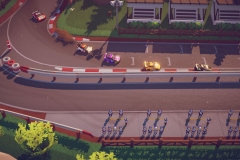 Circuit Superstars (Switch) comes out in 2020 in Europe and North America. The Upcoming Games page has been updated!