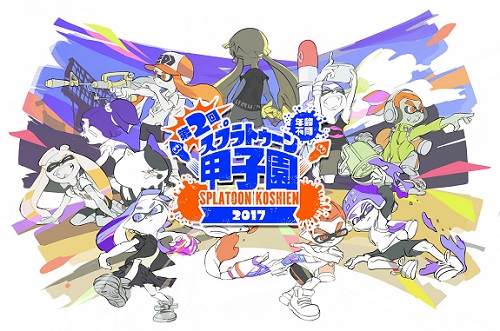 Splatoon Koshien is the name of a nation-wide tournament for Splatoon, which is named after Koshien (the Japanese High School Baseball Championship). The first one, held from September 2015 to January 2016 was extremely popular, and so it’s not surprising that in April, Nintendo confirmed there would be another one this year.

And today, during a livestream, Nintendo revealed all the details about Splatoon Koshien 2017. Just like last year, there will be two parts:

Here’s where the various local tournaments will take place:

You can find links to the livestream for each tournament on this page!

Next, here’s the rules:

During the livestream, they showed what the Tourney Truck would look like for the Splatoon Koshien 2017:

And here’s the bandana all participants will receive:

Here’s the uniforms the players of each region will get to wear:

Next, a look at the trophy the winners of each tournament will receive:

During the livestream, viewers had the opportunity to vote for the 8 maps that would be played during the Splatoon Koshien 2017. The vote worked that way:

Here’s the results of the votes for each map: