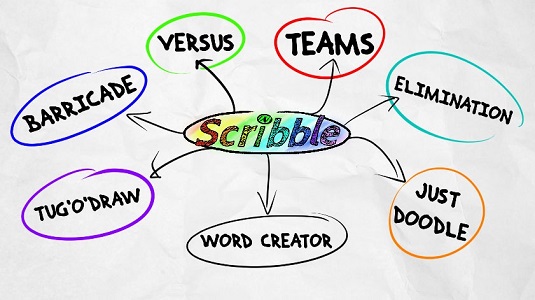 It’s a party game, where several players compete in order to find out who is the best artist. It features 1 500 words, from 17 categories (such as Places and People). There’s also special categories such as Hard or Easy (for kids), and a custom category where you can put words you and your friends/family created.

The game can be played with up to 8 players, and features a total of 6 game modes:

To spice things up, you can use “mutators”, which change the way the game is played, but are entirely optional. We’re given two examples:

Scribble (Wii U eShop) will be released before the end of the year, and should cost around $4 / 4€ / £3. Our Upcoming Releases page has been updated!