Is Sakurai a Liar? 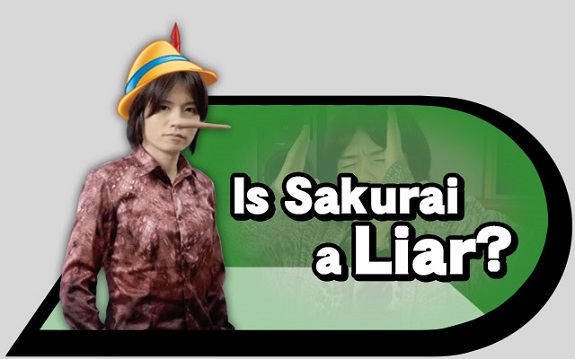 Last week, the good folks over at Source Gaming posted a really interesting feature about Masahiro Sakurai, which tried to determine whether Masahiro Sakurai was a liar or not. It all comes down to fans, who often accuse him of “trolling” and/or straight up “lying” to fans in interviews and the such.

Unlike most creators, Masahiro Sakurai talks a lot about the game he’s working on (and many other topics): interviews, video presentation, Famitsu columns, etc.. But with the internet, a lot of what he says can get distorded (especially when translations are involved). What’s more, with a series as widely popular as Super Smash Bros., and fans projecting themselves on Sakurai, it’s pretty easy for the truth to get distorded and/or buried.

In that feature, Source Gaming share the results of their “investigation”. They found:

You can read the “Is Sakurai Liar?” feature by clicking here!

In February, Nintendo will release the latest and last DLC for Super Smash Bros. for Wii U and Nintendo 3DS. Many fans are already wondering: what’s next for Sakurai? Right now, he’s looking forward to take a nice, long break…. or at least, catch a breather.

After the main games, Masahiro Sakurai started working on the DLC for Super Smash Bros. for Wii U and Nintendo 3DS. He’s needed quite a lot of time for the extra characters, who definitely received as much attention and care from him as the main roster. That means that Sakurai hasn’t been able to take any vacation since the start of the project, several years ago.

But now that the last batch of DLC is almost ready, Masahiro Sakurai is planning to enjoy every single day as if it was a Sunday… for a short while, at least. Indeed, his next project has already been decided, so his break might be a bit on the short side.

What is Masahiro Sakurai going to work next? A sequel to Kid Icarus: Uprising? A brand new game? The revival of a “dormant” IP from Nintendo? The next Super Smash Bros. game? An NX port of Super Smash Bros. for Wii U and Nintendo 3DS? We will have to wait before fiding out. But one thing’s for sure: Masahiro Sakurai is guaranteed to work on that game as zealously as all his previous projects!