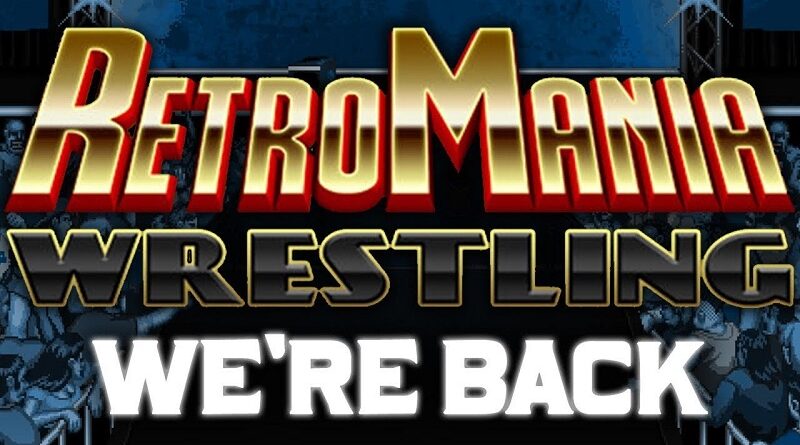 Last week, Retrosoft Studios announced that more content for RetroMania Wrestling is on the way: new arenas, Part Two of Story Mode, and more. The first update (to be released in the next few weeks) will bring the following to the game:

Also, a new game manual is coming (to be included in the game itself). The first weekly video update (to be found below) also features the DLC characters (Chris Bey, James Storm and Mr. Hughes), as well as Part Two of the story mode.

The three new Arenas to be added are:

This video is your first look at gameplay from inside this Blue World Order arena, which stars the bWo! In this gameplay video, we have six-man tag team action as Hollywood Nova, Stevie Richards and the Blue Meanie represent the Blue World Order to take on the team of Hawk and Animal of the Road Warriors, along with WARHORSE. Can Hawk, Animal and WARHORSE come onto the Blue World Order’s turf and take them out?

The Coralluzzo Collection Agency arena is one of two new arenas coming in our next free update! It will be released in just a few weeks from now, along with the Blue World Order arena. This video is your first look at gameplay from inside the Coralluzzo Collection Agency arena. In this gameplay video, we have Fatal Four Way elimination action as Hollywood Nova, Johnny Retro, Colt Cabana and Brian Myers collide.

The Retropalooza ring is one of the now three new rings coming in our net update, along with. the Blue World Order arena and the Coralluzzo Collection Agency arena. Here’s your first look at gameplay, with this one on one match between WARHORSE and Johnny Retro. In this arena, if you’re a retro gamer, you may notice several familiar faces around ringside. How many can you name?

Also, just like with our TooManyGames arena, you can change the ring mat of the Retropalooza ring by whipping your opponents into one of the six tables that surround the ring, which include The Game Chasers, the CU Podcast, Fan Girls of Dallas, John Riggs, Gamester81’s CollectorVision Games, and Mr. Wrightway and Zap Crystal.