The Pokémon Company have revealed that the infamous Team Rocket will be back in the new Pokémon anime series, which debuts on November 17th in Japan. All members will be there:

Team Rocket are returning as recurrent characters, and of course, they will chase after Ash / Satoshi and Gou throughout all Pokémon regions. They will have some new mecha to show off, too! 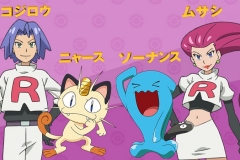 Speaking of the Pokémon anime series, here’s the latest videos for the Sun and Moon series:

The Pokémon Company have shared a video clip of the Wild Area Search diorama that players will be able to explore later this year:

Niantic have announced a new competitive feature for Pokémon GO, based on Trainer Battles: the GO Battle League. It will go live sometime in early 2020.

Here’s what the feature is all about:

Like many Pokémon GO features, GO Battle League will encourage players to get out and explore the world with Pokémon. Trainers will be able to walk in order to earn entry into the GO Battle League, then battle opponents from around the globe through an online matching system and rise in the ranks of the league. We hope this feature will make the Pokémon GO battling experience more competitive and accessible to more Trainers.

More details about the Go Battle League will be shared “soon” via Dev Insights videos.

Speaking of Pokémon GO, some Halloween-themed avatar items are now available in the Style Shop: 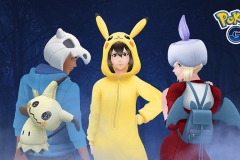 Here’s the preview for the next episode of Pokémon no Uchi Atsumaru?!, airing this Sunday (October 27th) in Japan: