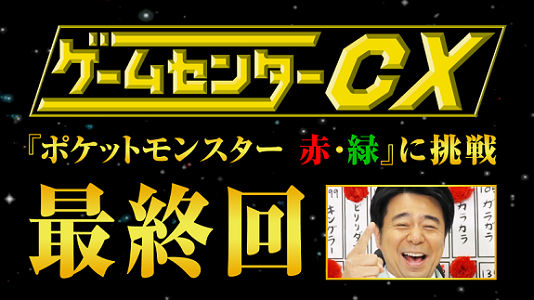 In the past couple of years, Nintendo has frequently collaborated with GameCenter CX in order to release special episodes of the famous retro-gaming show. And back in May, a special series dedicated to Pokémon Red Version and Green version was launched. In this one, Shinya Arino has one goal: to complete Pokémon Green. And by complete, we mean get all 151 Pokémon!

So far, four episodes have been released on YouTube: you can find them all in this post. If you want to catch up but don’t have too much time, here’s a 5 minute-long digest video, with highlights from the four episodes:

After 4 episodes, Shinya Arino has managed to catch 108 Pokémon. The remaining 43 will be caught during a special episode of GameCenter CX, which will be streamed live on November 11th (that’s Friday) on YouTube and NicoNico.

This GameCenter CX Special dedicated to Pokémon Red Version and Green Version will be streamed live on Friday at the following time:

Here’s the preview for the next episode of Pokémon no Uchi Atsumaru?!, which will air on Sunday on TV Tokyo: