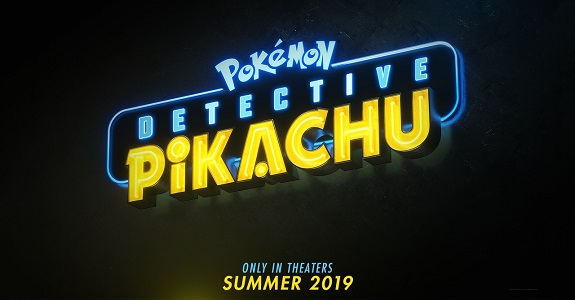 Yesterday, the debut trailer for the Detective Pikachu movie, opening in May in several countries (date may differ):

The world of Pokémon comes to life!

The first-ever live-action Pokémon movie, “POKÉMON Detective Pikachu” stars Ryan Reynolds as the titular character in the first-ever live-action movie based on the iconic face of the global Pokémon brand—one of the world’s most popular, multi-generation entertainment properties and most successful media franchises of all time. Fans everywhere can now experience Pikachu on the big screen as never before, as a talking detective Pikachu, a Pokémon like no other. The film also showcases a wide array of beloved Pokémon characters, each with its own unique abilities and personality. .

The story begins when ace private eye Harry Goodman goes mysteriously missing, prompting his 21-year-old son Tim to find out what happened. Aiding in the investigation is Harry’s former Pokémon partner, Detective Pikachu: a hilariously wise-cracking, adorable super-sleuth who is a puzzlement even to himself. Finding that they are uniquely equipped to communicate with one another, Tim and Pikachu join forces on a thrilling adventure to unravel the tangled mystery. Chasing clues together through the neon-lit streets of Ryme City—a sprawling, modern metropolis where humans and Pokémon live side by side in a hyper-realistic live-action world—they encounter a diverse cast of Pokémon characters and uncover a shocking plot that could destroy this peaceful co-existence and threaten the whole Pokémon universe.

And here’s the key visual for the movie:

The official website was also launched: you can click here to check it out, and try to find all the Pokémon references! And if you use Instagram, you can now get some special stickers for free:

In Japan, there will be a press conference with the Director and the main actors on November 29th: that’s most likely when we will get a date and trailer for that country.

And here’s another French commercial for it:

Also, the game will be featured in Famitsu magazine this week, with no less than 16 pages dedicated to the game. Here’s the preview pages:

Next, here’s some pictures of the Pokémon: Let’s Go, Pikachu! / Let’s Go, Eevee! Nintendo Switch, from the special bundle:

Did you take part in the Ultra Spooky Cup and completed at least 3 matches? If yes, then you can now claim your Serial Code for a Shiny Mimikyu! To get it, you have to log-in to the Pokémon Global Link (and more precisely the account tied to the game you used to participate in the Battle Competition), and then click on this link. You then have until December 30th to redeem the Serial Code via the Mystery Gift option in Pokémon Ultra Sun and Ultra Moon.

As usual, you can find more details about the various Serial Codes for Pokémon Ultra Sun and Ultra Moon on this page!

In order to celebrate the launch of Pokémon: Let’s Go, Pikachu! / Let’s Go, Eevee! this Friday, there will be a special event in Pokémon GO. Thanks to it, Pokémon from the Kanto region will appear more frequently in the wild (naturally, that includes Pikachu and Eevee). More details about that event will be shared at a later date.

Finally, Niantic has shared some interesting stats about the Pokémon GO Safari Zone in Tainan, which was held a few days ago. No less than 1 million people visited the Tainan area during the event, and they walked an average distance of 4km per person. They also caught a total of 45 million Pokémon!

Here’s some pictures of the event:

And here’s the preview for the next episode of the anime series, airing on Sunday in Japan: