And here’s a trailer for the web anime series:

In light of the Coronavirus pandemy currently ongoing, The Pokémon Company have announced that absolutely all Play Pokémon! events in North America, Latin America, South America, Oceania, South Africa, and Europe planned through May 14th have been cancelled (not just delayed). This includes the following:

Naturally, no Championships Points will be awared during this period.

Heads up for players interested in the Special Research event featuring Genesect (A Drive To Investigate): tickets are now available for purchase in-game! 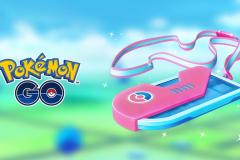 Niantic have announced that the Raid Hour events have been cancelled.

Niantic have announced that the Safari Zone events in Liverpool and Philadelphia have also been postoned. Just like with the Safari Zone in St. Louis, players who purchased a ticket for either event can choose between requesting a refund, or keep their ticket (it will be still be valid for the rescheduled events). However, there’s a deadline for the refund: