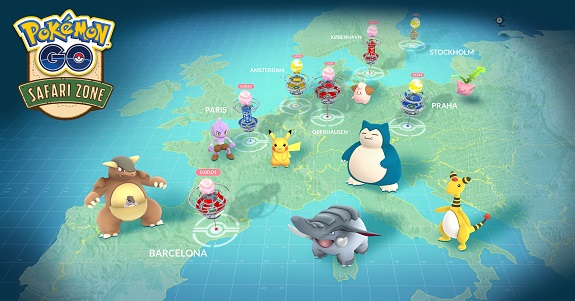 Last week, the Pokémon GO Fest took place in Chicago, and it was quite the fiasco: Niantic has had to offer refunds to attendees, the company is arguing over responsibility for the mess with phone carriers, and some attendees are even attempting a lawsuit to get a refund of their travel expenses.

As a result, and to avoid a repeat of that fiasco, Niantic has decided to postpone the Safari Zone events that were originally scheduled to take place on August 5th (Copenhagen and Prague) and August 12th (Stockholm and Amsterdam). No new date was given, and all we know is that the events will now take place sometime this Fall.

Niantic specified that the Safari Zone events taking place on September 16th (in France, Spain, and Germany) are not affected, and should take place as scheduled. Same for the Japanese events, in Yokohama.

Naturally, the reason those events were postponed is because Niantic wants to make sure they provide a great experience to players, which is a pretty sensible thing after how the Pokémon GO Fest went last week.

And to apologise for this “delay”, some Pokémon rarely found in Europe will soon start appearing in certain European cities, though only for a brief time.

Speaking of Pokémon GO, a new update is currently being released. It brings the game to Ver. 0.69.1 (Android) / 1.39.1 (iOS), and includes various bug fixes. Here’s the official patchnotes (that you can also find on this page):