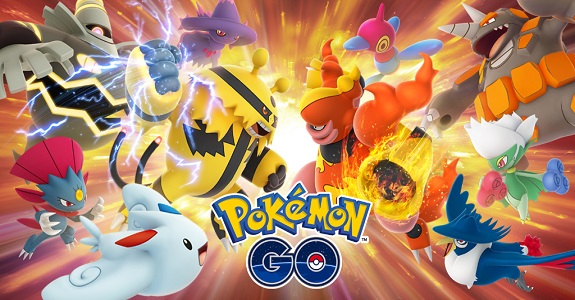 Last week, Niantic shared some early details about a long-awaited feature for Pokémon GO: Trainer Battles. And today, we got some more details, starting with the launch month: PvP (Player versus Player) will go live later this month, and will most definitely require a new Software update.

Battles are fought 3 vs 3, and in the end, both the winner and loser get some rewards, including a chance at rare Evolution items. As mentioned in this post, Trainers can choose to take part in battles in one of three leagues, and of course, you can only compete in the same one as your opponent.

If you were expecting Trainer Battles in Pokémon GO to be turn-based, like in mainline Pokémon games, you’re in for disappointment. Niantic describes the battle system as “fast-paced”, and in real-time. Your Pokémon can execute two types of attacks:

Before battle, you can use Stardust and Candy to unlock a bonus Charged Attack. And during battle, you can use a Protect Shield to save your Pokémon from critical damage. But you need to be careful: you can only use those shield a limited number of times, and once you run out of them, you will be left completely defenseless.

Finally, Niantic reveals that you will be able to battle against the Team Leaders (Spark, Candela, and Blanche) once a day, allowing you to ean rewards (including Stardust) and to train.