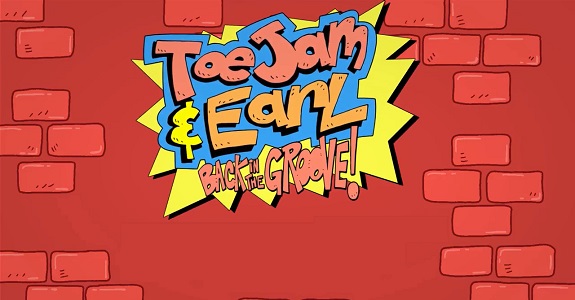 ToeJam & Earl: Back in the Groove!

Today, HumaNature Studios announced that HumaNature Studios will be released on March 1st in Europe and North America. It will cost 19.99€ / $19.99, and will be playable in the following languages: English, French, Italian, German, Spanish (Latin America), and Brazilian Portuguese.

Here’s the latest trailer, plenty of details, and some screenshots:

The iconic ‘90s alien duo is back. ToeJam and Earl, hoping to impress Latisha and Lewanda, have…”borrowed” the Rapmaster Rocket. One black hole-related accident later, they are back on the floating remnants of Earth, scrambling to pick up the pieces of their ship before their home planet of Funkotron notices anything missing.

Hidden throughout the procedurally-generated levels are presents with random effects that help the duo find their ship parts. Rocket skates, Icarus Wings, Boomboxes and more than 60 other presents make each run feel fresh. Characters and unlockable hats that offer awesome hidden powers persist across playthroughs so there’s more to strive for beyond getting back home.

You would think a three-legged alien in dope threads would be the weirdest thing on the planet, but Earthlings give ToeJam and Earl a run for their money. Sneak around humans like the Hula-Girl so you don’t get hypnotized into shaking your hips, leaving you vulnerable to attacks. Over 50 Earthlings ranging from King Tut, armies of chickens and Internet Trolls roam around each level, so get to know which are friends and which are foe.

Back in the Groove’s got all the classic moments which made the series a staple of ‘90s gaming with modern improvements like online play, all in a nostalgic underground comic style.

Up to four friends can play together through online multiplayer and choose from nine characters – some blasts-from-the-past, some new and funky fresh. Each character has their own stats and special abilities. Console players can enjoy couch co-op with two players total, while PC will enable local co-op accommodating four players.

Minigames keep ToeJam and Earl on their toes. The side-scrolling HyperFunk Zone from Panic on Funkotron is back so players can earn extra presents and cash. Feeling the beat? Jump into a rhythm-based dance-off. Get ready to jam out with your homies to more than 30 groovy tunes, including classic remixes from the original games.

ToeJam & Earl: Back in the Groove! (Switch – eShop) comes out on March 1st in Europe and North America. The Upcoming Games page has been updated!

As announced earlier this week, Paladins is soon getting cross-play support. In order to prepare for this, online play will be unavailable for a full day (~24h) due to maintenance. This may seem rather excessive, but that’s not surprising when you need to merge over 30 million players across 4 different platforms.

Even the enemies in #FeudalAlloy are fish-controlled.