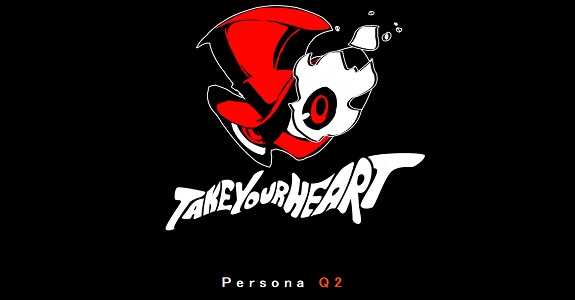 Back in 2014, Atlus released Persona Q: Shadow of the Labyrinth on the Nintendo 3DS. This was a pretty big deal for the company, as not only this was a cross-over between Persona 3 and 4, but it also was a cross-over between the Persona and Etrian Odyssey series. And perhaps even more importantly, it was the very first Persona game to be released on a Nintendo platform. And soon, there will be a second one… Persona Q2!

Today, during the PERSONA SUPER LIVE P-SOUND BOMB !!!! 2017 concert, Atlus announced that Persona Q2 not only existed, but also that it would be released on the Nintendo 3DS. Unfortunately, that’s all we know for now, as no trailer is available as of writing. The official website is live, but it’s quite empty at the moment!

However, since said website features the Persona 5 logo, it’s clear that the game will have characters from Persona 5 (no big surprise: it’s the latest mainline entry after all). However, it’s not clear if characters from previous Persona games also appear (the original had the cast of both Persona 3 and Persona 4), or if there will also be original characters just like in Persona Q: Shadow of the Labyrinth.

The good news is, we probably don’t have much longer to wait before getting some details: we will most likely hear about Persona Q2 again this very week, or the next one at the latest.

Persona Q2 (3DS) does not have a release date yet, but it’s already been added to the Upcoming Releases page!

Source: Atlus
Thanks LordOfLore for the heads up!