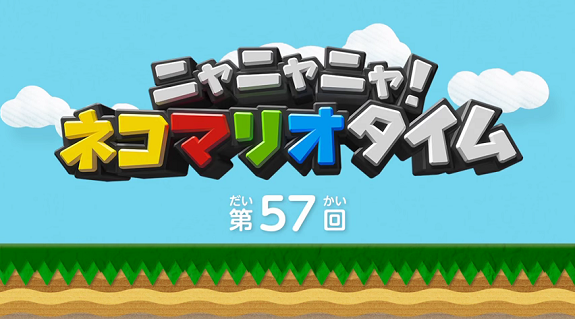 During this segment, Cat Mario and Cat Peach showcase Mario & Sonic at the Rio 2016 Olympics 2016. Unfortunately, they don’t show anything really new, so click here for more details about the game. And in case you were wondering: yes, the game is compatible with Download Play!

During this segment, Cat Mario and Cat Peach showcase some of Sonic’s moves in Super Smash Bros. for Wii U and Nintendo 3DS:

During this segment, Cat Mario Sub gives some tips about the sub weapons in Splatoon:

Cat Mario also reminds players that there’s plenty of ways to use the sub weapons, and mastering them will be the key to victory is many cases!

Finally, the episode ends with some artworks from the Art Academy x The Legend of Zelda: Tri Force Heroes Miiverse contest.