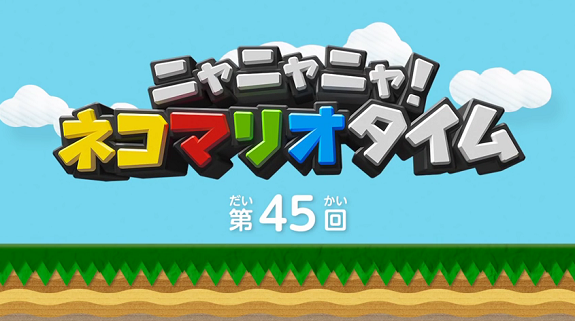 During this segment, Cat Mario and Cat Peach showcase how you can make levels in Super Mario Maker, change items, enemies, Game Styles and more. Neko Peach first tries playing through a level (which has some special sound and visual effects), before trying to make a level for Cat Mario to play… little did he know he would end up in video game hell!

During this segment, Cat Mario and Cat Peach showcased some of the elements of Dragon Quest VIII: Journey of the Cursed King on Nintendo 3DS, and asked the following questions:

During the third and last segment, Cat Mario and Cat Peach showcased the various challenges and remix stages of Famicom Remix: Best Choice, but also the internet rankings and Championship Mode.

For the ending, the results of the latest Girls Mode 3 Fasion contest were shown.