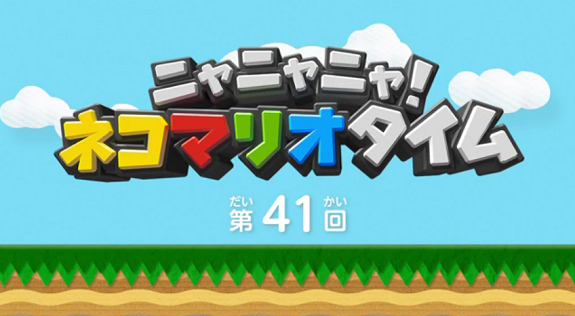 The Way to the Dr. Squid – Splatoon

During this segment, they look at some of the sub weapons in Splatoon:

a) Splat Bombs;
b) Seeker, that you can use them to make paths for you and your team;
c) Splash Wall, to block the progression of your opponents;
d) Sprinkler, that you can attach to walls, the floor and even the ceiling.

Subweapons use quite a bit of ink, and the lamp on your ink tank tells you when you can use them!

1) What’s the type of this Yo-kai?
2) Who’s the manager of the Busters House?
3) What happens on the stage when that boss uses its special attack?

In this segment, they showcased the four games from the Nintendo Game Seminar, which were released a few days ago on the Japanese Nintendo eShop (Wii U). Please click here for more details about them!

They ended the NyaNyaNya! Neko Mario Time #41 with a quick note about the Let’s Super Mario, the special website opened for the Super Mario Bros. 30th Anniversary.