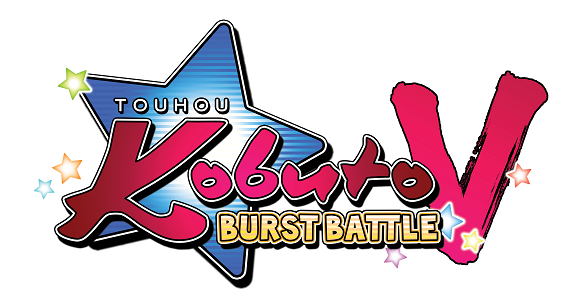 NIS America has several games coming later this year on Nintendo platforms, and unfortunately, two of them were delayed this week. The first one is Touhou Kobuto V: Burst Battle (on Nintendo Switch), which was supposed to come out on September 5th in North America, and September 8th in Europe.

It will now be released on October 10th and October 13th in North America and Europe, respectively. According to the press release from NIS America, this delay is due to the need to accomodate the production and manufacturing of the game. At least, the delay isn’t that bad, it’s only one month.

The second game to be delayed is Culdcept Revolt (on Nintendo 3DS), which was originally supposed to come out on August 29th in North America, and September 1st in Europe. The new release is now October 3th for North America, and October 6th for Europe. Once again, the delay is due to the need to accomodate the production and manufacturing of the game.

And here’s some details on how a match goes in Culdcept Revolt:

Each match takes place on one of dozens of maps. Depending on the map you play, you’ll want to adjust your strategy and book of cards for the best chance of winning.

The basic goal in each match is to get enough Total Magic to meet the Magic Goal, then reach one of the gates on the map to claim victory.

At the start of each turn, you will be granted a small amount of magic, and draw a card from your book. Playing these cards will cost magic, so you’ll need to think carefully about how to play each one to your advantage.

Once you draw a card, you will be able to play one spell card from your hand or use the Secret Art of a creature you control. These have a number of different effects such as damaging creatures on the map, changing your opponent’s movement, and more! Spells can be played as soon as you draw them but will be discarded after use, while Secret Arts can be used so long as the creature is not Fatigued.

From there, you’ll roll the dice and move across the map. If you end up on a vacant land, you can summon a creature to claim it, increasing your Total Magic. If a rival cepter has already claimed the land, you can either pay the toll, or fight the creature defending it!

You’ll be able to use item cards during the battle to counter your opponent, or strengthen your creature. If you win, you’ll take the land as your own.

You can make your lands more valuable by claiming many of the same element and by leveling them up. You can also make your creatures tougher by matching their element with the land they’re on.

Once you meet the Magic Goal through improving your lands and collecting tolls, end the match by reaching any of the gates on the board!​

Naturally, the Upcoming Releases page has already been updated with the two new dates!