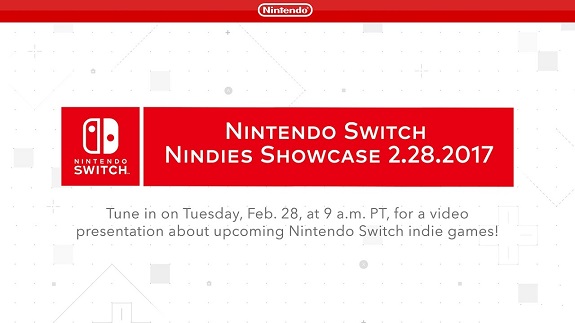 Update: presentation is now over. Check out the recordings below!

The Game Developers Conference is an event entirely dedicated to game developers, with various panels about game developments, but also an expo where other developers can check out upcoming games from their peers. It’s a major event for said developers, and even for Nintendo (who is hosting a panel about The Legend of Zelda: Breath of the Wild).

And later today, Nintendo is hosting a Nintendo Switch Nindies Showcase: a special not-quite-a-Ninendo-Direct livestream where Nintendo will showcase various indie games coming to the Nintendo Switch. We don’t quite know what will be announced and/or shown, but we can definitely expect some reveals.

This Nintendo Switch Nindies Showcase will be streamed live on Twitch and YouTube at the following time: