Today’s Nintendo news: English version of the overview trailer for The Legend of Zelda: Link’s Awakening, but also…

Here’s the English version of the overview trailer for The Legend of Zelda: Link’s Awakening:

The latest Devblog post for Astral Chain is now live, and this one is from Naoki Hiraiwa (Sound Designer) who came to talk about sound effects. Click here to check it out!

There are also a few systems in place in ASTRAL CHAIN where sound effects help you out as you play. One of these is the Beast Legion’s item-searching ability. When the Beast Legion detects an item nearby, you’ll hear a sound that you can follow towards the spot where that item is buried. Then the Beast can get digging! You can use the Beast Legion to find items while you’re just wandering around, too, by the way – not just during investigation scenes.

Playing Super Kirby Clash and looking for some free Gem Apples, but already used all the passwords revealed so far? Don’t worry: there’s a way to get 100 Gem Apples for free, if you’re a Nintendo Switch Online subscriber! You get them via a Serial Code to be entered on the Nintendo eShop, sent to all subscribers who not only downloaded the game, but also completed the first quest. 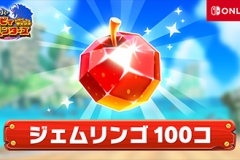 Nintendo have announced that the price of some Nintendo Switch Online subscriptions plans is going up on October 1st in Japan (due to the VAT hike going into effect on that day). Here’s those that are affected:

All other plans (including 12 months subscriptions and the Family plan) are not impacted by this increase. Also, since this is due to a change in Japanese VAT rate, no price increase is planned for Europe or North America.

Here’s the showcase video for Knights of Glory, the latest Summon Showcase for Dragalia Lost that went live today: