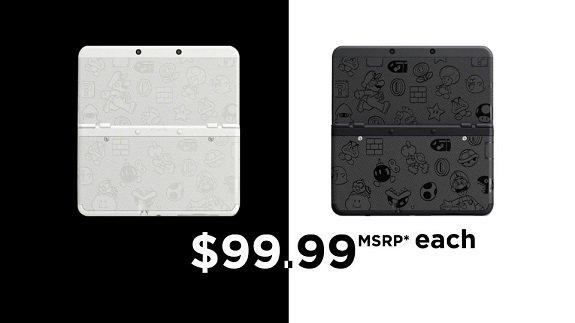 Here’s a commercial for the $99.99 New Nintendo 3DS packs, releasing on November 25th in the United States:

The Legend of Zelda: Majora’s Mask

Mario Party: Star Rush comes out on November 4th in North America, but it’s only yesterday that Nintendo of America uploaded the launch trailer for the game.

Here’s some screenshots from the Japanese version of Animal Crossing: New Leaf – Welcome amiibo, along with the Japanese boxart and download card:

Don’t forget to check out this page for all the QR Codes and Magical AR Cards for the game!

Yesterday, First 4 Figures uploaded a video showcasing one of their most famous figures: Light Suit Samus, based on Metroid Prime 2: Ecchoes!