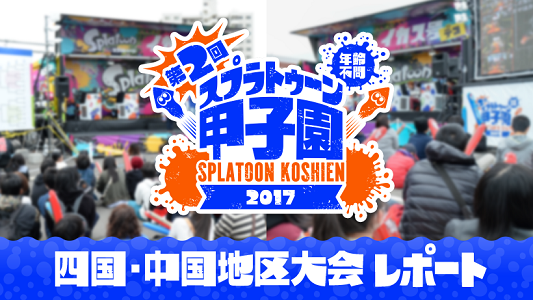 Boss Keys – The Legend of Zelda: The Minish Cap

Today, Nintendo shared some pictures and videos for the latest two tournaments for the Splatoon Koshien 2017, which took place on November 20th and November 23rd in Shikoku and Chuugoku.

Super Mario Maker for Nintendo 3DS is one of the games featured in Famitsu magazine this week. Here’s its preview:

Looks like Mario is training to climb up cliffs, now! So long as he gets a hold of the ledge, he can climb right up. #SuperMarioRun pic.twitter.com/UtEbmqj0Df

Super Mario Run (iOS) comes out on December 15th worldwide. It will be released at a later date on Android.

With Christmas just around the corner, you’ve probably started thinking about presents to buy for your kids. If you’re looking to buy them a game (or if they asked one themselves), but don’t know which one to pick, then you might find the right thing in the Holiday Gift Guide from Nintendo of Europe. If you still can’t find anything, no need to worry (yet): this just Part 1 of the guide!

Speaking of holidays, starting this Saturday and every week-end in December, Mario & Luigi will make an appearance at the Nintendo NY Store. For more details, check out the Facebook page linked below!

Here’s a rather… unique Flipnote from Kekeflipnote, about a totally legitimate game called “Yochie’s Island”:

"Yochie's Island" Made this so I could show this to official Nintendo staffs back at a con in Paris and they laughed so hard! No regrets :)! pic.twitter.com/PkxbX89dEw