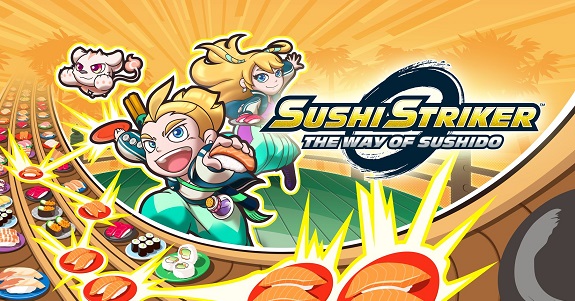 Today’s Nintendo news: latest trailer and karaoke version of the main theme for Sushi Striker: The Way of Sushido, but also…

Sushi Striker: The Way of Sushido

Today, Nintendo shared the latest trailer for Sushi Striker: The Way of Sushido on Nintendo Switch:

Here’s a video of Ariana Grande, Jimmy, and The Roots playing “No Tears Left to Cry” using only Nintendo Labo instruments:

Here’s the list of instruments used, for those of you who are curious about that:

And here’s the overview trailer for the game, in English this time:

Here’s the latest video for Splatoon 2, and more precisely the Octo Expansion. This time, we have a level seemingly inspired by the Rain Maker mode:

The latest piece of concept art for Super Mario Odyssey is for Lake Lamode, from the Lake Kingdom. The main motif for it was obviously a wedding dress, with the sunlight made to look like lace, and the rock walls like the a dress.

Here’s the piece of concept-art:

Yesterday, HAL Laboratory shared some more concept art for Kirby Star Allies, and more precisely the 3 Jambastion mages. Some of them are actually fairly close to the final version, so it looks like they settled on the final design gradually. It’s quite interesting to see how the design of the weapons changed with each new design!

Here’s the pieces of concept-art: