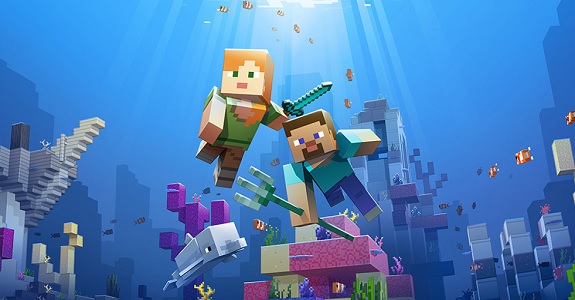 During the Minecon Earth event, last year, Mojang announced a major for Minecraft: the Update Aquatic. It offers many aquatic-related features and improvements, that will be added to the game in two phases. Phase One is releasing today on several platforms (not the Nintendo Switch or the Wii U, unfortunately), and so Mojang has shared a list of all the features included.

Here’s all that you will find in Phase One of the Update Aquatic:

Now, you’re probably wondering when the update will be available on Nintendo platforms. If you haven’t read our previous posts about the game, here’s the release planning for the Update Aquatic on Wii U and Nintendo Switch: