Fire Emblem: Three Houses is now available worldwide, but long-time fans of the series will immediately something is missing in this new entry… the Lunatic difficulty. Nintendo have announced that it will be added at a later date, via one of the free Software udpates planned for the game. This will be perfect for players looking to complete all the routes while spicing things up during the 2nd and 3rd playthroughs!

Also, here’s a special illustration shared by Intelligent Systems on Twitter, and which is used for the cover of the latest issue of Famitsu magazine: 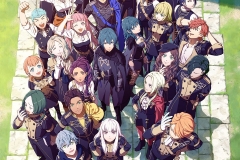 Next, here’s a short video message from Genki Yokota and Toshiyuki Kusakihara:

Finally, Nintendo have added some more physical rewards on My Nintendo in Japan. Of course, they’re all Fire Emblem: Three Houses-themed! 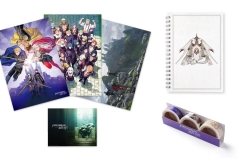 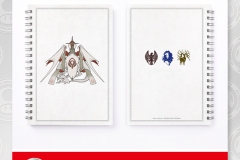 Earlier this week, the latest official blog post for Astral Chain went live. This one is from Satoshi Igarashi (lead composer), who came to talk about… yup, the music. Click here to check it out!

I’ll be back on the devblog later to focus more on ASTRAL CHAIN’s overall musical direction, but for now, let me summarize. ASTRAL CHAIN’s music had to match both its near-future sci-fi setting and over-the-top PlatinumGames action, so all the music had to be cool and modern. On top of that, for the player character and Akira specifically, we had great character designs from Masakazu Katsura. It was important to make sure the vocal songs fit with those character designs and the game world as a whole. Taura requested an anime-style introduction video to play with the opening theme; I wanted to make sure the other two vocal songs shared its high-action anime vibe, too.

Also, here’s the second overview trailer for the game:

It looks like Nintendo and Tencent Games are getting ready for the launch of the Nintendo Switch in China. On August 2nd, the two companies will hold a media event in Shanghai, where details about the launch are expected to be revealed. Steven Ma (Senior Vice President of Tencent Games) and Satoru Shibata (Director at Nintendo) will attend.

Also, it’s been announced that the Nintendo Switch will be at the ChinaJoy event next week (from August 2nd to August 5th in Shanghai). The following games will be playable:

Special postcards will also be distributed to people trying out the games listed above at the show, and there will be a photo op with Mario and Pikachu too. 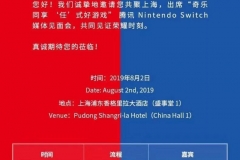 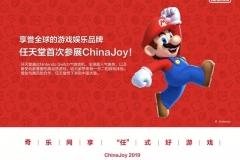 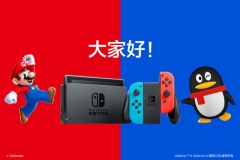 A few days ago, the official Twitter account for Nintendo of America reached a significant milestone with over 10 million followers!